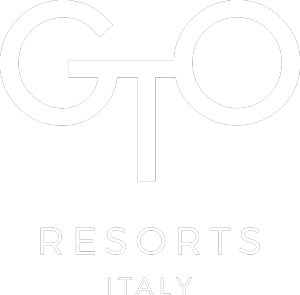 The Ruins of Pompeii: Do You Want to Travel in Time?

"A Roman city preserved in its entirety,
as if the inhabitants had left a quarter of an hour earlier"- FRANÇOIS-RENÉ DE CHATEAUBRIAND, 1804


There are few places in the world capable of taking you back in time—a trip to Pompeii can undoubtedly do that.

In August 79 AD, the Neapolitan city was buried under a blanket of hot lava and lapilli together with the town of Herculaneum. Pliny the Elder died during the great eruption of Vesuvius because he was too curious and went closer to look at the lava.

Today, the ancient ruins are one of the most famous archeological sites in the world. People find it fascinating when they learn that two cities of ancient Rome vanished into thin air overnight. Pompeii remained a lost city until the eighteenth century when someone discovered it accidentally. Later, the Bourbons funded the ruins of Pompeii and uncovered a magnificent city underneath.

Like a phoenix rising from the ashes, this was the moment the city began its second life.

Why Is Pompeii So Famous?


One may wonder why a trip to Pompeii has garnered so much attention—when Rome and any other Roman city, for that matter, are as beautiful as Pompeii. What makes it one of the most famous archaeological sites in the world?

As absurd as it sounds, the lava that once razed it to the ground during the midsummer eruption has become the city’s claim to fame. The unique composition of the lava allowed the ruins to remain intact after the explosion. You’ll find everything from houses, shops, spas, gardens, temples to public buildings preserved perfectly.

It’s like time stopped in 79 AD and everything in Pompeii came to a standstill. It’s why as you walk through the streets of Pompeii, it feels like you’re taking a journey into the past. Much like spending a day in ancient Rome before the eruption.

Come, let's go back in time together.

A Walk through the Ruins of Pompeii with Arianna and Maria

Visiting the archaeological site in a morning can seem challenging. Yet, you can’t complete a trip to Pompeii without a tour of its landmarks, and a couple of hours aren’t enough to see them all. Since you will be sightseeing on foot, comfortable shoes and a water bottle are must-have travel essentials for this long walk.

“I haven’t visited Pompeii in many years. It’s exciting to walk amidst the ruins of Pompeii today and see a glimpse of ancient Rome as it once was.”

Arianna is from Sorrento and has visited the site many times. It’s like asking a Roman if they have ever visited the Colosseum. On the other hand, Maria had never seen the Pompeii ruins until today. She was speechless as soon as she crossed the entrance of this world-famous archaeological site.

It’s a warm spring day, and they chose the middle of the week to make this trip. That’s why it’s less crowded than it would be on the weekend. A pleasant breeze blows as they walk towards the ruins of Pompeii, and the sun rays dramatically fall on the ruins, making the experience more memorable.

Travel tip: Don’t plan a trip to Pompeii on the hottest days of summer months (June-August). The high temperatures make a visit under the open skies unforgiving. We recommend checking the forecast before you book a tour.

When you arrive, you will notice three different entrances to Pompeii. The Porta Marina, Piazza Anfiteatro, and Piazza Esedra. Mt. Vesuvius towers upon the city and its winding alleys, regardless of your chosen entrance. Seeing it up close can feel surreal and intimidating. You can’t help but imagine the past explosion. It’s an indescribable thought that can only be understood when you walk through the streets of this infamous city.

Your walk amidst the ruins is nothing short of magic. In an instant, you’re transported back in time— to the era of ancient Rome. It’s an immersive experience where you can witness the glory of the past. Marble and mosaic statutes of noble houses and public buildings stand before you in perfect condition. You can observe the intricate details in the sculptures and paintings, thanks to the meticulous efforts of the archeologists working on this site.

“The thing I like most about Pompeii is that it is a city that constantly evolves: archaeologists are always at work, and they can discover something new every day. For me, it's unbelievable."

Amidst the beauty lies the tragedy of the day Mt. Vesuvius erupted. Some might find it disturbing to see plaster casts of the victims ’bodies displayed at the museum with their tools. It gives you a glimpse of how the city's inhabitants lived and worked centuries ago.

This part of the tour isn’t for the faint-hearted. We recommend skipping it and spending the day discovering the magnificent sights awaiting you on the streets. But remember, wherever you go, don’t touch anything. The smallest imprint can ruin the hard work of the archaeologists.

Another great thing about a tour around the ruins of Pompeii is the people that work here. You can always find someone ready to explain the story behind the artifacts and landmarks you visit.

An imaginative mind can conjure images and sounds while listening to these narrators. Close your eyes and let the moment take you back in time. Do you hear the sound of rumbling carts? The traders shouting and washerwomen gossiping, the scuttle of feet rushing towards the temple.

The mind can play tricks when you immerse yourself in the magic of Pompeii.

10 Things to See on Your Trip to Pompeii

While there are many things to do and places to visit in Pompeii, your trip will be incomplete without the 10 places listed below.

1. The Sanctuary of the Blessed Virgin of the Holy Rosary. Catholics around the world hold this Basilica in great reverence. The church contains one of the largest collections of ex-votos in Italy.

2. The Temple of Apollo. It’s one of the greatest attractions and oldest places of worship in this ancient city.

3. The Forum of Pompeii. The city center was once the beating heart of Pompeii and a venue for thousands of economic, political debates, and religious events.

4. House of the Tragic Poet (aka Homeric House). The Tuscan home exhibits a majestic mosaic that depicts scenes from the Greek epic Iliad.

5. The Temple of Jupiter. Located on the northern side of the Forum, you can witness Mt. Vesuvius rising behind its ancient ruins.

6. The Lupanare (or brothel). The name of this ancient brothel comes from the Roman word Lupa (she-wolf).

7. The Amphitheater. Built in 70 BC, it’s one of the oldest surviving stone buildings of its kind.

8. The Garden of the Fugitives. The most heartbreaking evidence of the eruption lies here. During the Pompeii ruins in 1961-62 and 1973-74, the archeologists uncovered 13 fossilized bodies of the victims trying to flee from the volcanic lava.

9. The Casa del Fauno. A vast complex consisting of multiple rooms and areas dedicated to different activities. Archeologists named it after the bronze statue of a dancing faun that stands at the center of one of its main rooms. The owner of this grand complex remains unknown.

10. The Villa of Mysteries. Located in the outskirts of the ancient city, this suburban villa features a series of decorative paintings illustrating a mysterious rite.

Here ends our trip. Until we meet again!

Travel Tip: Did you know you can visit Pompeii at night? The city organizes expeditions on specific days throughout the summer. Click here to stay updated and receive exclusive “save the date” invitations for the night tours in Pompeii.

The city of Pompeii appears to be suspended in time. Hence, you should also avoid looking at your watch when you stroll the streets. Instead, let the moment carry you to another time. Each entrance and doorway you cross will serve as a portal to ancient Rome.

Are you planning a Pompeii visit? If you’re fascinated by the lost city like us, you must live this experience by booking a tour on your next trip to Italy. Explore the GTO Experience itinerary or contact us for more information.

Celebrate the most important day of your life in a truly stunning location at one of our luxurious hotels and resorts. Our highly experienced wedding planning team will create a tailormade event exactly the way you want it to be, down to the very last detail.

Set out to explore this breathtaking terrain. Roam through lemon groves, hike winding paths with stunning Mediterranean views and make your way to postcard-perfect towns along the coast, offering endless opportunities for beautiful photo memories.

Book a tour in one of our luxury yachts, and discover the world’s most iconic destinations in complete comfort. Cruise the islands of the coast in style or organize a romantic sunset boat ride. If you are in Capri, Positano, Amalfi, Ischia or Naples, you can always reach our hotels and resorts with our private transfer service by sea.

A Mediterranean way of living

Maya Beach Experience is not your typical beach club of the Sorrento Coast but a Mediterranean way of living, a lifestyle where you can unwind and let yourself be carried away by the magic of la dolce vita. Our unique location is creatively designed for a luxurious experience for moments of pure happiness and unforgettable memories, combining natural beauty, warm hospitality, sublime cuisine, wellness and exclusive music and entertainment.